High achievers are recognised and presented with awards at the Snap-on Franchisee Conference and Tool Show. The top award for 2021 being the National Franchisee of the Year was presented to David Sarno from the Central Coast region. He was selected based on his significant achievements including sales of over $1 million despite COVID lockdowns and restrictions, fifth consecutive year in the $1million club and high sales in trade card, diagnostics and tool storage.

Russell Hafey, the Business Manager for NSW, WA states the reasons why Dave was carefully chosen out of all the franchisees across Australia and New Zealand as the National Franchisee of the Year. “Dave is a great ambassador of the Snap-on brand. He is continually providing positive input at sales meetings, the annual Snap-on Franchise Conference and training events. He is a continual proven performer year in, year out. Consistently in the top end of the bell curve for Snap-on Tools”and “we are proud of the level of customer service and support he provides to technicians in that area. He is a great ambassador for the brand and the business network”.

Dave provides insights about his journey about becoming a Snap-on Tools franchisee and what it means to be selected as National Franchisee of the Year.

The journey to becoming a Snap-on Tools Franchisee

Like other franchisees, Dave started his career as a mechanic. He took on an apprenticeship as a 15 year old and worked for eight years in the trade, during which time he used Snap-on Tools. After deciding to leave the trade, he bumped into a local Snap-on franchisee who he used to buy a lot of tools from. The franchisee offered Dave an opportunity to run a second franchise for him and said if he liked the opportunity and business that he could buy the run from him. In two and a half years, he ended up taking on the Snap-on franchise and became an official franchisee.

What effects did COVID have on the business

Snap-on Tools are heavily used by mechanics and workshops and was considered an essential service during the pandemic. The Automotive industry was operational as usual throughout lockdown though Dave did have some customers who asked him not to visit whilst others were happy for him to continue his visits with his Snap-on truck. He mentioned that there were positive effects from the pandemic. “Customers had more cash to spend as people were not travelling”. In fact, Dave says, “Not only did I survive but thrived!”

What it means to win the National Franchisee of the Year

Being selected out of almost 200 franchisees across Australia and New Zealand, Dave felt honoured to be named National Franchisee of the Year. He says, “he was not expecting it.” Initially, starting off as a franchisee on his own, he did “okay” but then his performance went downhill as he did not understand his numbers. After guidance and getting his confidence back, he turned things around and went on to become one of Snap-on’s highest performers. This shows how character building owning a franchisee can be and how supportive Snap-on is to their franchisees.

Best part about being a franchisee

Dave says that the “relationships that he builds with his customers” is the most rewarding part of being a franchisee.

Having now run his Snap-on franchise for over a decade, he has seen apprentices starting off who now own their own workshop. He has watched their growth and development over the years and been able to support them throughout their tool buying journey. He has built a life-long trust and bond with them. “I know the customers even better than I know my friends.”

“A Snap-on Tools franchise is an enjoyable business to run for the right person with the right attitude,” says Dave. Someone who is focused, self-motivated and has passion for customer service and passion for the brand is what he believes are the traits of a successful Snap-on franchisee. “You do work hard however it is rewarding,” says Dave. During the time he has been a Snap-on franchisee, he has brought his wife into the business to assist him, they have bought a new house, he earns a comfortable living and provided a quality lifestyle for his family. “I’m in charge of my own destiny”, Dave states.

The uplift in Snap-on sales was in part due to the increase in the number of franchisees recruited in 2021. Successful recruitment advertising campaigns resulted in people signing up to become a Snap-on franchise owner. In the meantime, Snap-on franchisees were able to carry on business as usual inside our customers workshops across both Australia and New Zealand throughout the year. This shows how strong and resilient the business is and how being a Snap-on franchisee is a great opportunity even through challenging times.

With over 100 years as a Global business, Snap-on Tools provides high quality hand and power tools, tool storage, equipment, diagnostics, repairer information and management systems. Franchisees play an critical part of the business bringing the mobile showroom to highly skilled mechanics and workshops. There are now over 4,200 franchised mobile stores globally. Snap-on is one of the largest non-food franchisors in the world, operating in 130 countries.

The Snap-on Tools franchise network has operated in Australia for over 34 years since 1988, delivering quality automotive tools and equipment direct to mechanics and workshops. Multiple awards have been presented to Snap-on including;

Held annually in early January, franchisees individually are acknowledged and given awards at the Snap-on Franchise Conference. It is a highlight in the events calendar and one that all Snap-on franchisees look forward to. Generally held in person, the decision was made to

hold the Conference virtually due to the surge in COVID-19 cases. This ensured everyone’s safety and allowed all franchisees to be included no matter where they were located in Australia and New Zealand.

The annual Conference provides franchisees an update about how the business has tracked over the year, learn about upcoming promotions and provide more knowledge about Snap-on products. It is an event designed to get franchisees excited for the year ahead especially to launch the 2022 Summer Sale promotion with fantastic major prizes.

Drive your own success by becoming a Snap-on Tools franchisee. Learn more about this fantastic franchise opportunity by visiting www.snaponfranchise.com.au or speak to our Snap-on team on 1800 810 581 today.

Invest In Your Future With Snap-on Starter Kits 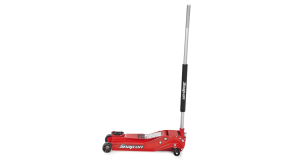 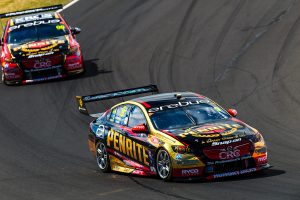 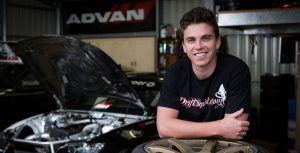 Get the latest product news, specials and promotions